BACKGROUND : Youngest son of Late Shri Sahadeb Karmakar, used to be the helping hand to his father too since childhood, after school like his elder brother. Studied till class 10th standard.

HOW LEARNED : At the age of 9 years Shri Sanatan Karmakar, started his career by following the footsteps of his father and elder brother in making lamps, candle stands, plates and so on, and was too lucky enough to get his father as a mentor and brother as a guide. Used to get  appreciation for his from the tourists, which was his motivation and at an early age of only 13 years started sculpting human figures.

FAMILY SET-UP :  Blessed with a daughter(married)  and a son.

EXPERIENCE : 42 years of experience and still going on by teaching the next generation too.

SPECIALITY : ….in making miniatures, to be viewed under a magnifying glass. 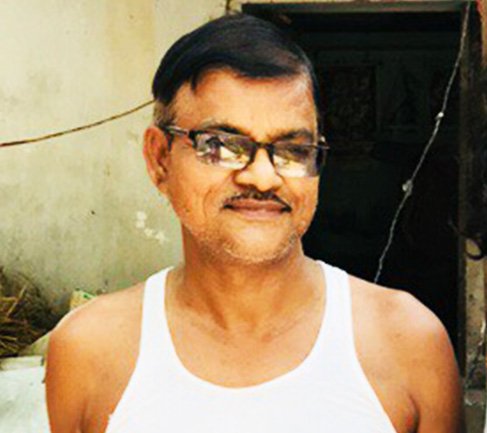